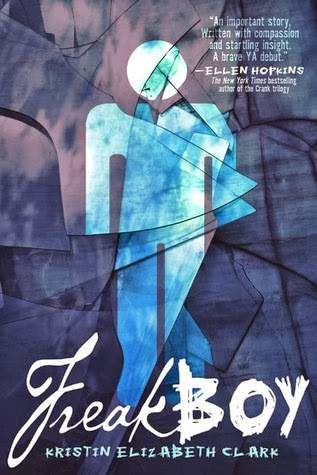 From the outside, Brendan Chase seems to have it pretty easy. He’s a star wrestler, a video game aficionado, and a loving boyfriend to his seemingly perfect match, Vanessa. But on the inside, Brendan struggles to understand why his body feels so wrong—why he sometimes fantasizes having long hair, soft skin, and gentle curves. Is there even a name for guys like him? Guys who sometimes want to be girls? Or is Brendan just a freak?

In Freakboy's razor-sharp verse, Kristin Clark folds three narratives into one powerful story: Brendan trying to understand his sexual identity, Vanessa fighting to keep her and Brendan’s relationship alive, and Angel struggling to confront her demons.


This novel is such a refreshing read. I've read some amazing books this year but I've been having the nagging feeling that most YA novels are starting to blend together and the majority of new releases have not been catching my attention. Then Freakboy came along. The entire novel is written in verse (which is a first for me) and it tackles heavy issues and raises a lot of questions. This novel addresses sexuality and how it is not black and white. It shatters the notion that you are either gay or straight, male or female. It opens discussion and leaves lots of room for future research. At the end of the novel, there's a list of resources and one for further reading. I think that alone elevates this novel to a whole new level.

On one side we have Brendan, who is not sure what to call himself and is struggling to make sense of his life. Even though he is attracted to his girlfriend, he dreams of being a girl. On the other we have Angel, who is transgendered. She is fully adapted as a female and her past is represented throughout the book. This works so well because we can see the beginning, the middle, and one of the possible ends to such a transformation. Vanessa is another key player to this story. She's Brendan's girlfriend, a wrestler in the boys' team. She is in the receiving end of Brendan's realization and her evolution adds an interesting layer to the story.

The writing style is wonderful. The book length verse feels intimate and complex. l felt like I was reading someone's diary. There are three points of view in this novel--Brendan's, Vanessa's, and Angel's--and each one developed in a very fluid way. It is rare to find a unique novel that also takes your breath away and makes you go deep into your soul to not only empathize with the main character but also analyze the world around you. Personally, Freakboy is the standout novel of the year. I was not only hooked from the very first page but I was also yearning to understand Brendan and his struggles. Even though I couldn't relate to him, I did empathize with his journey to self discovery and the many hurdles along the way. The characters are flawed, complex, and very relatable. At the end of the day, this is a coming of age story. Growing up and accepting yourself is never easy but growing up and feeling like you're in the wrong body? That's a whole other beast.

Poetic, insightful, raw, and unique, Freakboy will rip your heart out. This novel is a brave YA debut that will not only leave you breathless but it will also make you think of sexuality in a whole new way.

Note: I won this book through the Cuddlebuggery LBBA program. It was donated by the lovely Kat. Thanks again. :)
Posted by Unknown at 7:18 PM 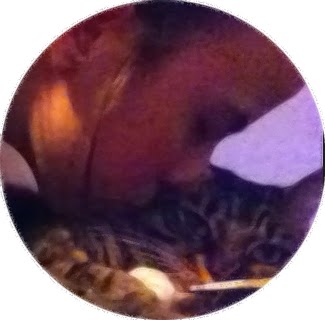